It's a scary place. It takes my car note and rent money. So, when I venture into the terror/pleasuredome, I go with a specific agenda. No window shopping. Don't run into Nordstrom's for a minute. Do not walk through Bloomies. I enter through a common, outdoor area, go to the mall directory, find my destination and head there. 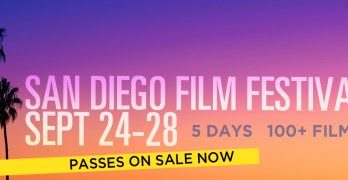 My mission was successful. I located Sephoria, purchased my hair product (Wen, it worked pretty good. I'm a first time user). I was hungry, so I found a bite to eat, and then went home. Yet, as I was leaving the mall, something caught my eye. A banner for the San Diego Film Festival. A film festival? Although I rarely go to the movies, I enjoy film festivals. I attended the San Diego Black Film Festival at the beginning of the year and had a great time.

Of course, the festival occurs at the same time I have a big conference at work; however, I hope to at least make one showing. Directed by Travolta Cooper and narrated by Dennis Haysbert, Black Moses, the story of Prime Minister LO Pindling and his struggle to bring independence to British ruled Bahamian Islands, will screen at the Reading Theater in the Gaslamp on Saturday September 27 at 4:30 pm. For ticket information and the festival schedule, please follow the link below: