Nelson Mandela made his transition on Thursday, December 5, 2013 after blessing the world with a lifetime of service. What incredible challenges he overcame and great accomplishments he achieved! After decades 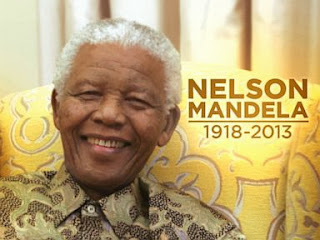 in jail, he is freed; going on to liberate South Africa of Apartheid, and then to be elected President.

Once I arrived home on Friday, I turned on the evening news to watch the coverage of his passing. I expected to see grief stricken people in the streets, mourning. What I saw completely surprised me.


South Africans rejoicing in the streets. 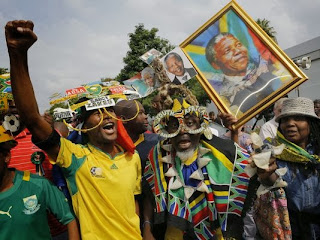 They were celebrating his life, dancing, joyously attired, thanking the Lord for blessing their lives with Madiba. Yet when you think of Mr Mandela's life, how can you mourn and be sad? There aren't many leaders of change who lived to the ripe old age of 95 years old. Not only did he lead his nation through a revolution, but was elected President and embraced by his all South Africans, both Black and White. Now that is something to celebrate. Nope, sure can't cry about that. Once you think about it, we understand why South African's can't sit down. 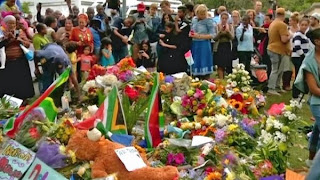 Or the world for that matter. I was fortunate enough to catch the Memorial Service live, at 1am-ish Pacific time this morning. It was amazing to see the 'who's who' of the United Nations fly in from around the world to honor him. It was even better to see the citizens of South Africa rejoicing in the rain for the great leader who'd gone home to be with the Lord. 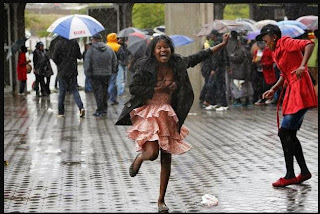 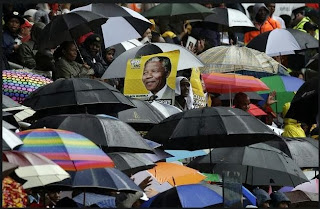 Mr. Mandela was more than a blessing for South Africa alone, but for the international community as well. It seems as if he changed the world with a gentle admonishment and a smile, but I know this isn't the case. Leaders listened to and respected him. He didn't seem to get the push-back that some leaders experience. He had a way of talking to folks, of interacting with them. He was like a grandfather, who having raised his children in the callousness of youth, now molds his grandchildren with tenderness, love, and compassion in the twilight of his years. 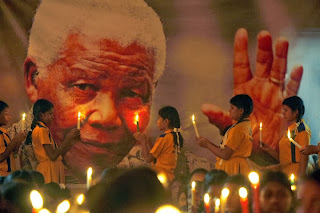 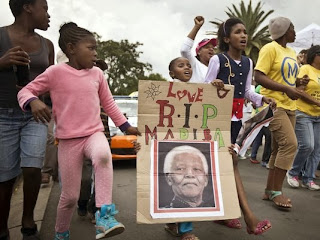