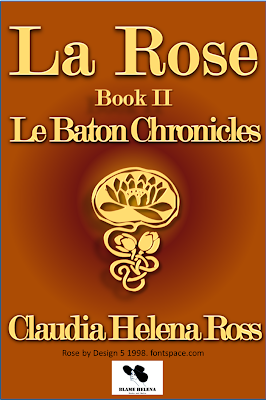 On August 28, 1963, while waiting for the March on Washington for Jobs and Freedom telecast to begin, 116 year old Lela Chevalier Roberts continues her recount of the Chevalier family history to her great-grandson, Julian Charles Chamberie, with the life of her late husband, James Roberts, in 19th Century Louisiana.

Assisted by angels and heaven, James escapes his father’s hatred, forced enlistment in the Civil War’s Confederate Army, and Mammon the Devil’s repeated attempts to annihilate him by fleeing America for France and taking refuge with his cousins, Emmanuel and Jonathan. Once settled into French society, James searches for his wife, the one he has dreamed of for centuries. Much to his delight, James falls in love, marries, and honeymoons with his new bride in Milan, where she soon becomes pregnant. Yet, Mammon finds James and destroys his new family, propelling James into a battle against madness; nevertheless, James triumphs over insanity and escapes hell, returning to life once more.

Rebounding from the loss of his wife, James remembers a love he has yet to find, his true love, his Rose, and resumes his quest to find her. When James returns to the Chevalier Mansion of New Orleans at the war’s end to save his friend from self-destruction, James discovers his Rose, Lela Chevalier. But Mammon is busy, and initiates his greatest plan yet to destroy Lela’s and James’ love, jeopardizing the lineage and future birth of Le Baton.