I don't have a name for this post. I'm in a transitional phase of my life and have no clear ideals on anything. I'm on a verge of a major shift in my life, but I don't know what it is or when it's coming. I feel it, though. I've let go of some living aids and adopted new ones.

I'm writing Book IV of La Rose (coming next December). It's going alright. It's ok. It just is.

I'm throwing out stuff around the house and office. Fixing up a few things. But mostly, I wait.

Now, Empire is ending. After tomorrow, I will have nothing to do.

Yet at the same time, I feel like Cookie Lyons when her day had come. My day has come, but I don't know it yet. 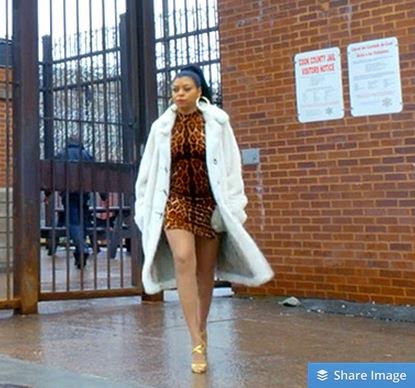 Posted by Unknown at 4:03 PM No comments:

As with most of America, I'm riveted to Empire every Wednesday night on FOX. I start booting up my Tweet Deck at 830pm so that I'm ready to go by 9pm. There is no lolly-gagging with this show. If you're late, you're missing the action. Go to the bathroom and get your glass of wine before the show starts; you won't have enough time to address all of your needs during commercial breaks.

Empire writers aren't afraid to tackle the tough issues, taking them head on. No concerns about political correctness here. Lucious Lyon, family patriach and founder of Empire Records, has proven to be an unforgiving threshing floor when dealing with taboo family subjects and issues.

Jamal's gay. It was never a secret; Lucious and Cookie always knew about it. Yet, since no one was talking about Jamal's sexuality, it didn't exist. The boy is straight. Lucious is a 'Type A' Black father whose sons are a reflection of him. Lucious is proud and straight; and his sons had damn well better be too. In Lucious' mind, Jamal needs to get that 'gay s###' out of their mind, straighten up and fly right. Not open for discussion.

My mouth fell open during the first episode when Lucious threw his young son Jamal in the garbage can. This is how deep the shame runs for some. I felt the pain, outrage, helplessness, vulnerability and hurt from each of the characters involved in the scene. I can't understand how you can throw your child in the garbage can (maybe because I'm a woman). That was one of the all time unforgettable TV/Movie scenes. It ranks with "You told Harpo to beat me" from The Color Purple and "I'm going to make you an offer you can't refuse" from The Godfather. It was raw, brutal, heartbreaking and honest.


Lucious is beginning to deal with Jamal's homosexuality, a reality he can't change. Lucious is traveling a rough road, but he's dealing. Yet, he still has his moments. However, last night, Jamal stood up to his Lucious' put down. He didn't get emotional or offended; he just told Lucious the facts and to deal with them. Jamal has overcome.

Lucious notices Andre is having a few mental issues. The boy seems 'off' to him, or down right crazy at times. Unbeknownst to Lucious, Andre has been having issues for years, but he was taking his meds, suppressing the emotional cancer of his childhood trapped within.


Andre's off his meds.


And he's showing out.

After a meltdown in the elevator with his brothers, Andre returns to boardroom. He can no longer hold the heartache. 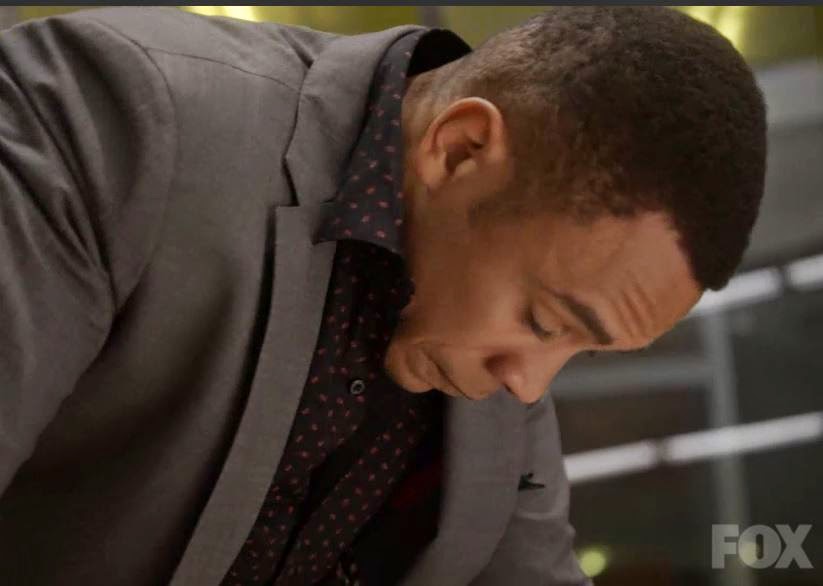 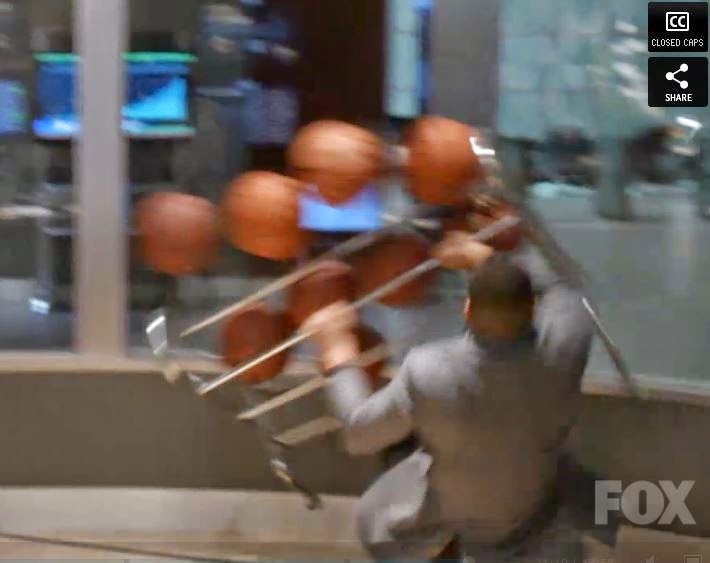 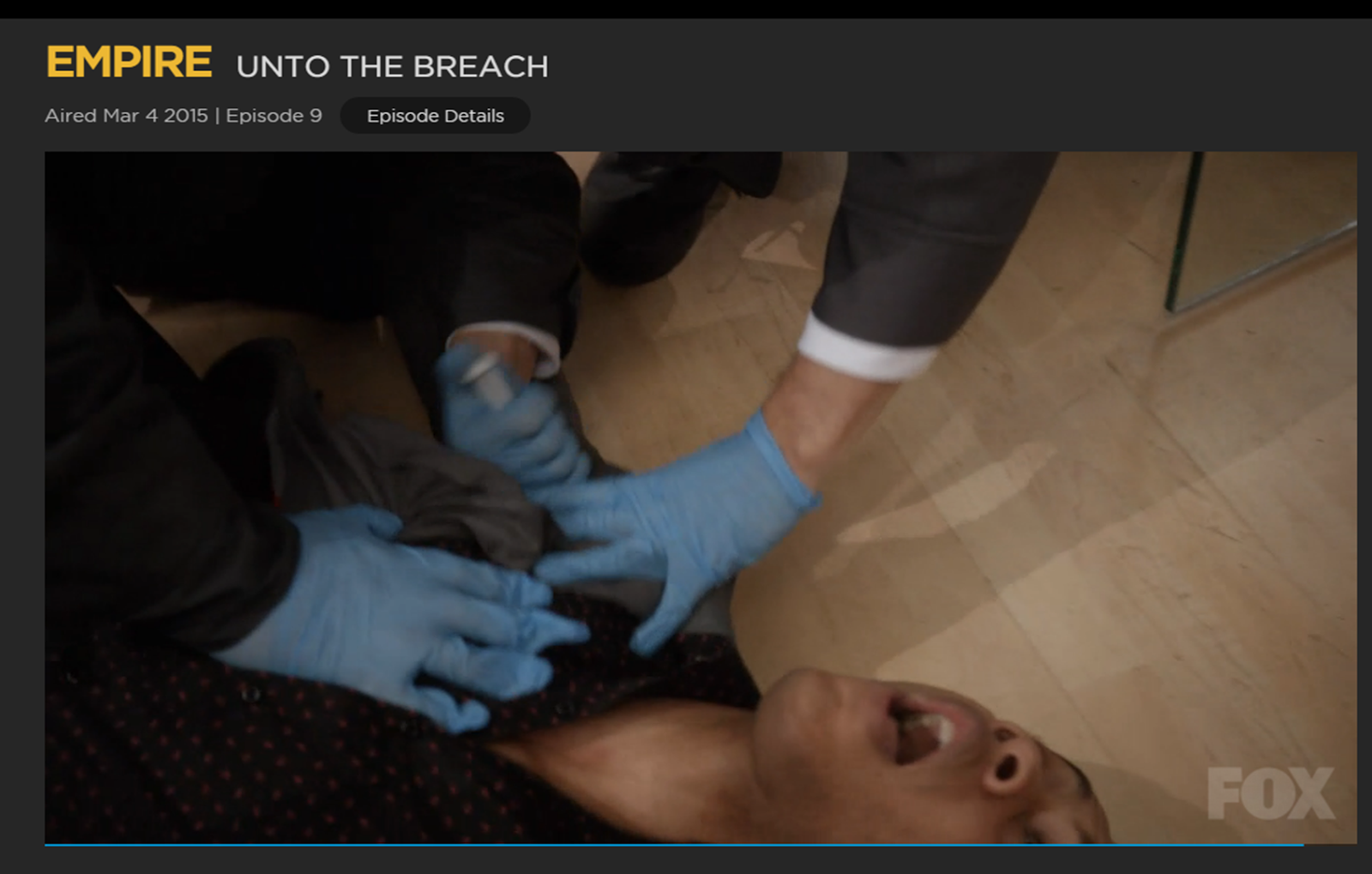 It will be interesting to see how Lucious deals with Andre's mental collapse next week. Based on his dealings with Jamal, I think I have a pretty good ideal.

Empire has done an excellent job in presenting these issues within the Black community (and others I'm sure) as they are. They haven't glamorized or glorified them, instead confronting these challenges as we all do - filled with courage, fear, trepidation and resistance.

Empire has demonstrated we must deal with our stuff sooner or later. And it's going to hurt. Bad. But once we go through, we come out stronger on the other side. We grow. The secrets, humiliation and shame that once crippled our spirits has now become new weapons in arsenal. Can't nothing mess with us anymore.

The troubles we have overcome while living with folks and life have become bricks in our road to realizing ourselves as the supreme beings God created us to be.
Posted by Unknown at 1:52 PM No comments: