"Happy Birthday Ms Morrison. You have been an inspiration to me, giving me the courage to sit down and write my novels. I hope you had a great day!" 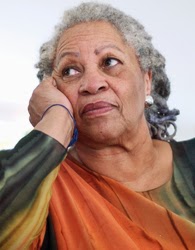 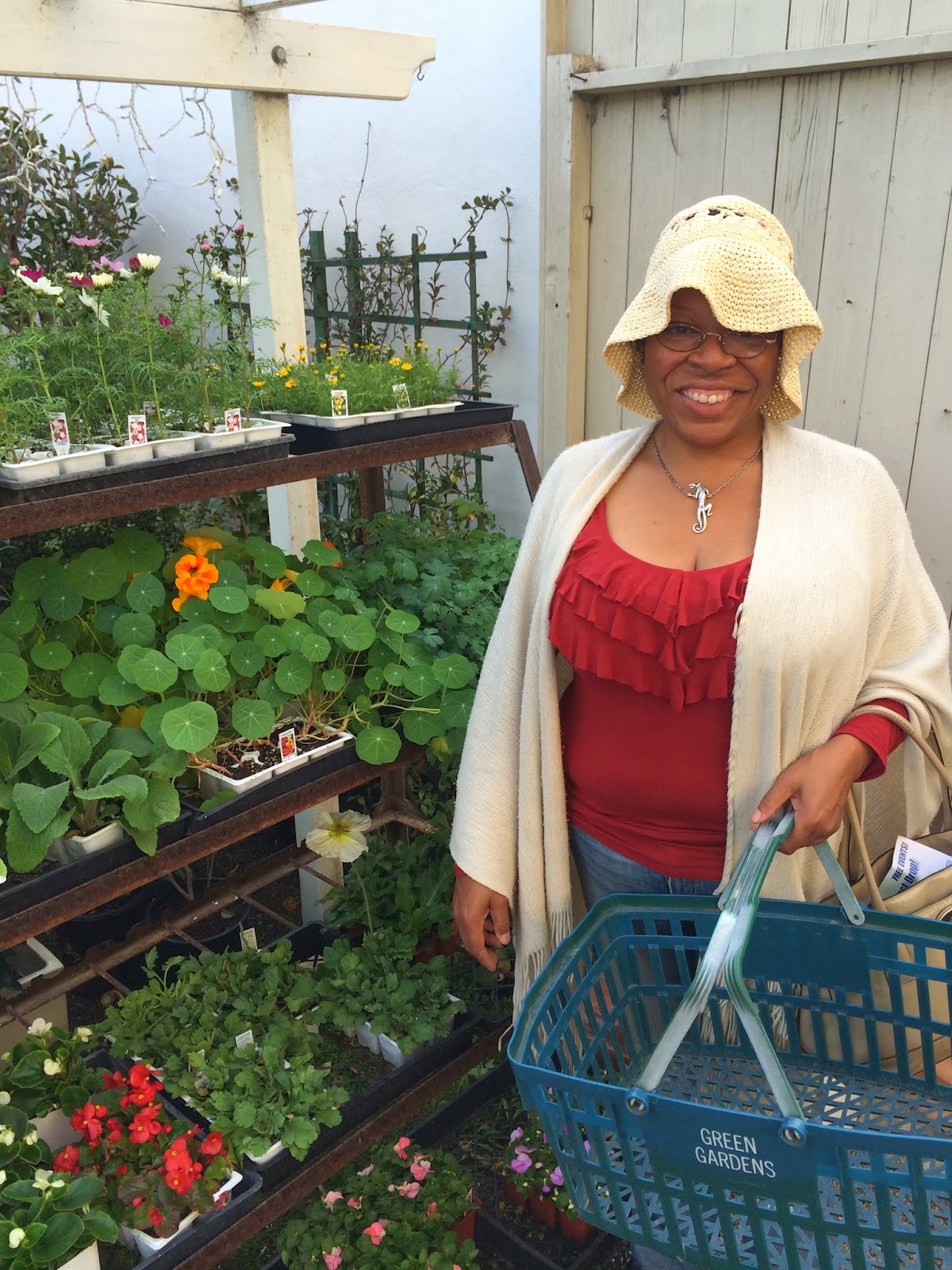 Last Saturday I was sitting on the balcony with my friend and neighbor, Maggie Christie, reflecting on the state of our little garden oasis. "I want flowers for my balcony," Maggie confessed. So, we hopped in her car and headed over to Green Gardens located on Cass Street in San Diego. They offer such a great selection of perennials, annuals, shrubs, and succulents. Well, just anything and everything you could want. The staff was extremely helpful, available to answer any questions their customers may have. 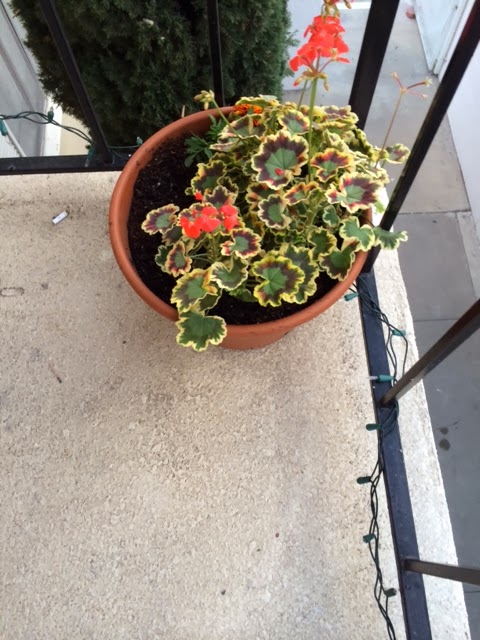 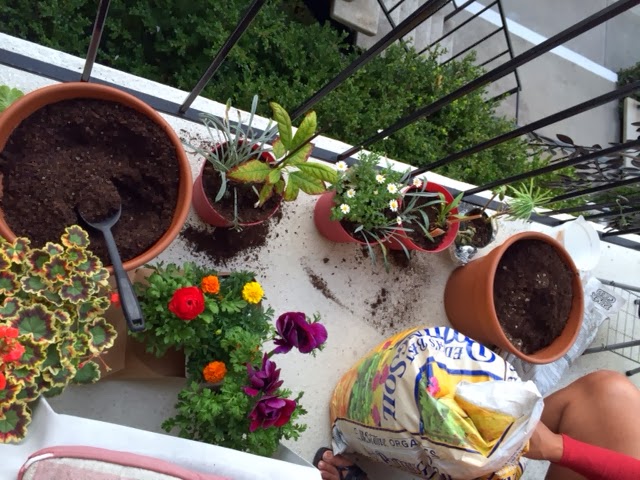 I purchased a beautiful purple ranunculus and red anemone, bunking them together in the same pot.

Maggie purchased geraniums for her balcony, mingling the pink and white flowering plants together in a single pot for a fabulous effect. But I really loved the geranium with the multicolored leaves (left); I'm not sure if I've ever seen that one before!

I've been toying with the ideal of starting an herb garden in a contractor's garbage bag, so I picked up several packets of seeds. I had hoped to start them on Sunday, but didn't get to it.

Although up for a DIY project, I decided to take a look around the Internet to see if I could find better ideals. I want to go vertical off my banister, but I don't want to junk the place up. I found one ideal on that I thought was good; re-purposing shoe bags as vertical planters. I think this would work great for me. 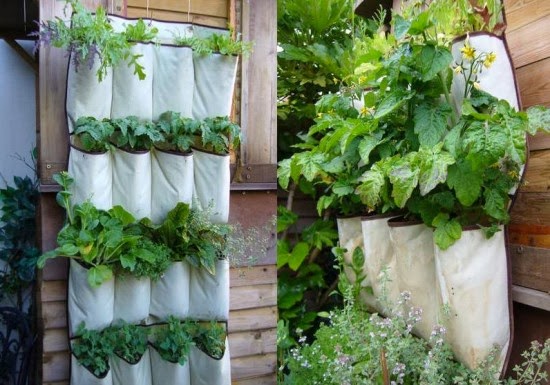 You can learn more about ideas such as these on GreenUPGRADER.com. Another cool site I found was Windowfarms.com offer vertical indoor gardening solutions, sustainable year-round.
Posted by LaFleur2009 at 6:00 PM No comments: 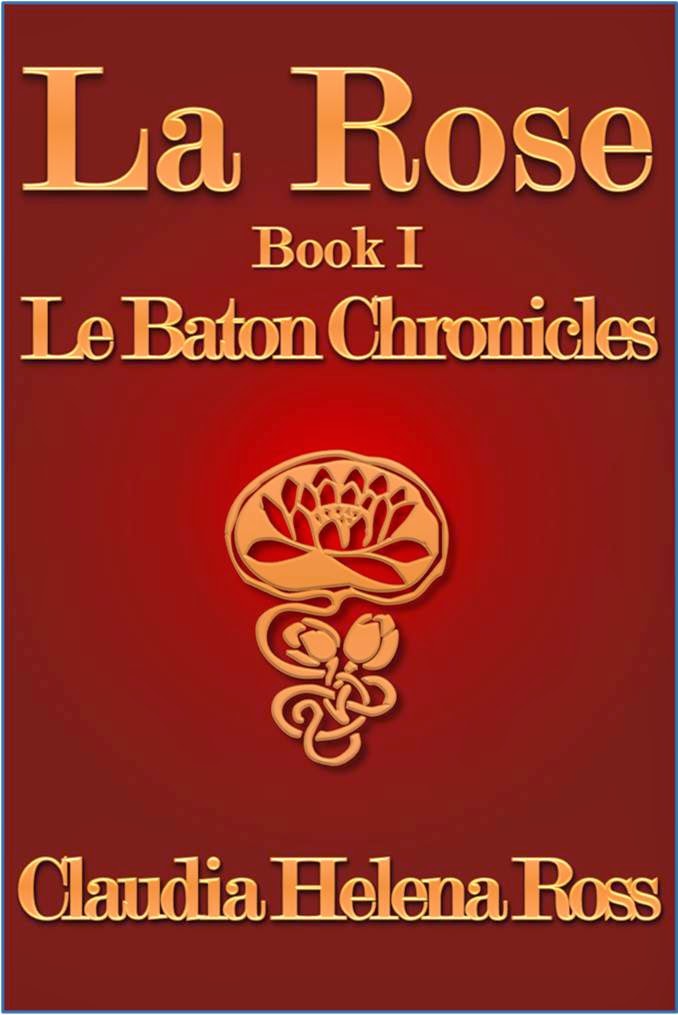 Today, February 12, 2014, Lela Chevalier Roberts would have been 167 years old. Lela was born in 1847 to her master Augustus Chevalier and his slave cook, Sammie, in St. Helena's Parish Louisiana. Lela had a half brother and sister, Jean Charles and Lily Chevalier. Lily loved Lela deeply, not caring she was half black; however, her father could never accept her because of it.

Escaping her father's abuse and murder attempts, Lela escapes to New Orleans with her half brother and his wife. Lela perseveres, surviving the trials and tribulations of being Negro in 19th Century Louisiana, but to live a vivacious going on not only to rule New Orleans, but Heaven and Earth, and all those who dwell within.

I've begun this year with a bang by attending the San Diego Black Film Festival, held at San Diego's Reading Gaslamp Theater, January 30 - February 2nd. I found out about the festival via a weekly email from OfficeTeam detailing upcoming events in San Diego. I had almost forgotten to read the email, but noticed it as I was closing down my laptop on Friday evening. Once I read it I raced home, changed clothes, and then blazed a trail  for the Gaslamp District to attend the Industry Party at 9pm.

Once I arrived at the Reading Theater and collected my ticket from Will Call, I was informed the party didn't start until 10pm. Dangit! I could have used that extra hour to prepare for evening. But it was cool. I walked down the street to Seersucker's and enjoyed a nice meal. I returned to the theater just as the staff was admitting guests into the party.

I had a great time! I met so many wonderful authors and filmmakers, promoting their works. Ready to snap a bunch of pictures, I reached into my purse for my camera and realized I'd left it at home. So my new friend Elva Nelson Hayes, author of Unnamed, snapped a few photos and sent them to my phone.


The gentleman to my right is Stefhen Bryan, writer, director and actor in the stage production, Doodu Boy. I wish I had been able to catch his performance at the Santa Monica Play House. Perhaps one day he will bring his production to San Diego (hint). The next performance will be held at the Soho Playhouse in NYC, March 2nd. If you live or will be in New York City, be sure to check it out! 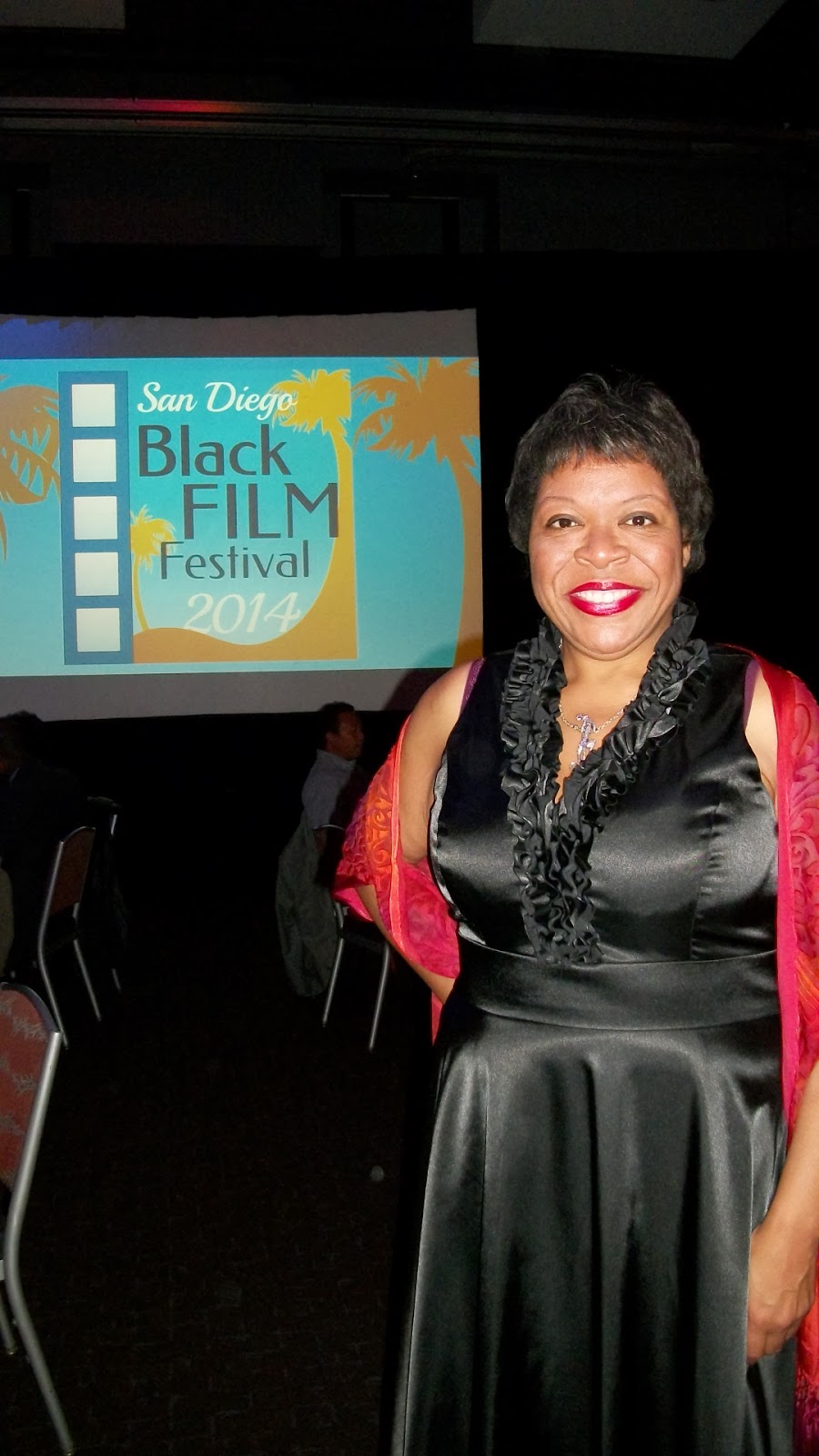 The screenings started late; therefore, ending late. I feared arriving late for the dinner ceremony at the Hard Rock Hotel, five to six blocks away. As soon as In Da Cut ended, I bolted from the theater and raced back to the Marriott Gaslamp, changed, and then hurried over to the Hard Rock Hotel to attend the awards dinner. Much to my relief, the event hadn't started, so I had the opportunity to mix and mingle a bit before dinner.I met an interesting man at the bar, Winston A. Young, director of the film The Light Is Still On. Thanks for the libation (wink)! I will view his works soon, posted in several parts on YouTube.com.

Assigned to table 23, I sat with Shawn Batey, the Producer of The Changing Face of Harlem, nominated for best documentary. Although I had missed the screening of her documentary earlier that day, I purchased the DVD. It is an excellent documentary, where Batey provides her audience with a unbiased presentation of the different philosophies surrounding the revitalization and future of Harlem, showcasing the differing perspectives of each of the vying stakeholders, each attempting  either to retain or to gain control of this historic community. I'm working on my review of the film and will publish it later this week.

Sitting to my left were Rommie Martinez (Make Up Aritst) and Dave Rutherford (Steadycam Operator), two members of the crew of Tula the Revolt. I haven't seen this movie as of yet, but plan to do so. The film received great reviews and won for Best Picture at the Film Festival. Danny Glover is one of the stars of the movie.

After dinner, Robin Givens (Head of the Class, A Rage in Harlem, Boomerang) emceed the awards ceremony. The ceremony began with a award to Bill Withers, who screened his documentary Still Bill (which I missed). He gave a great speech, summing up his career and life experiences. He looked great, cooing to his fans with his sultry and sexy voice; he is Still Bill.

Sunday February 2nd was the final day of screenings. Although pooped, I got of bed to hike over to the Reading Theater, following a fabulous brunch at The Broken Yolk, to catch the last few flicks of the festival. First up was Tim Lopes - Historia de Acanjo, written and produced by Bruno Lopes. In the film, Bruno recounts the life of his late father, Tim Lopes, a legendary investigative reporter in Brasil, and the events leading up to his murder. The film was great. Although the subtitles skated across the screen a bit too fast at times (please take into consideration I'm a slow reader), the film still proved to be moving, gripping the audience's interest and compassion for not only Tim, but the Brazilian people as well, from the very first moments of the film. I recommend this film. Afterwards, the Bruno engaged the audience in a short question and answer session, granting everyone a better perspective on the life of his father.

Immediately following Bruno's film, the festival presented the short film, Not Swiss Made. I love this film which is only about five minutes long; however, it spoke volumes in the time allotted to Kenyan born Apiyo Amolo's life in Switzerland, her love for her adopted homeland, and the heartbreak she continues to suffer surrounding the nation's rejection of her.

Much to my delight, I ran into Bobby Hill once again at the screening. I had met him the preceding Friday and Saturday nights of the festival. Bobby is the producer of Prayer Changes Things, directed by Marrill Clayton. Both Bobby and Bruno were gracious and allowed me to snap a photo of them.

I had the great fortune to meet many great artists at this event; I will be sure to attend next year. For more information on San Diego Black Flim Festival, please visit http://www.sdbff.com.